I say that because I didn’t know. I was really surprised- a bit like when I learnt about the golden rule . There had been an implicit  assumption that obviously I would know what this electron micrograph of a diatom was showing me.

They look pretty cool and if you were wondering- they’re algae. Apparently everyone knew- except me. I think they’re lying.

A quarter of the oxygen we breath comes from these microscopic structures that to most people are low key and understated. Just algae until you get them under the microscope and they become fabulous.

Why are they called diatoms? I was thinking something all chemistry and physics. Maybe an electron shell when I saw the picture. But no. It’s all Greek (again as with anything biological- or latin- classical educations sometimes can give you an advantage – it being Greek).

If you go to the UCL web Diatoms at UCL site it talks about their structures quite comprehensively. In a nutshell they’re like an IKEA assembly pack, but living. There is a beautiful maths to them that dictates their size and shape.

This is because they assemble in the same way that crystals and snowflakes form. 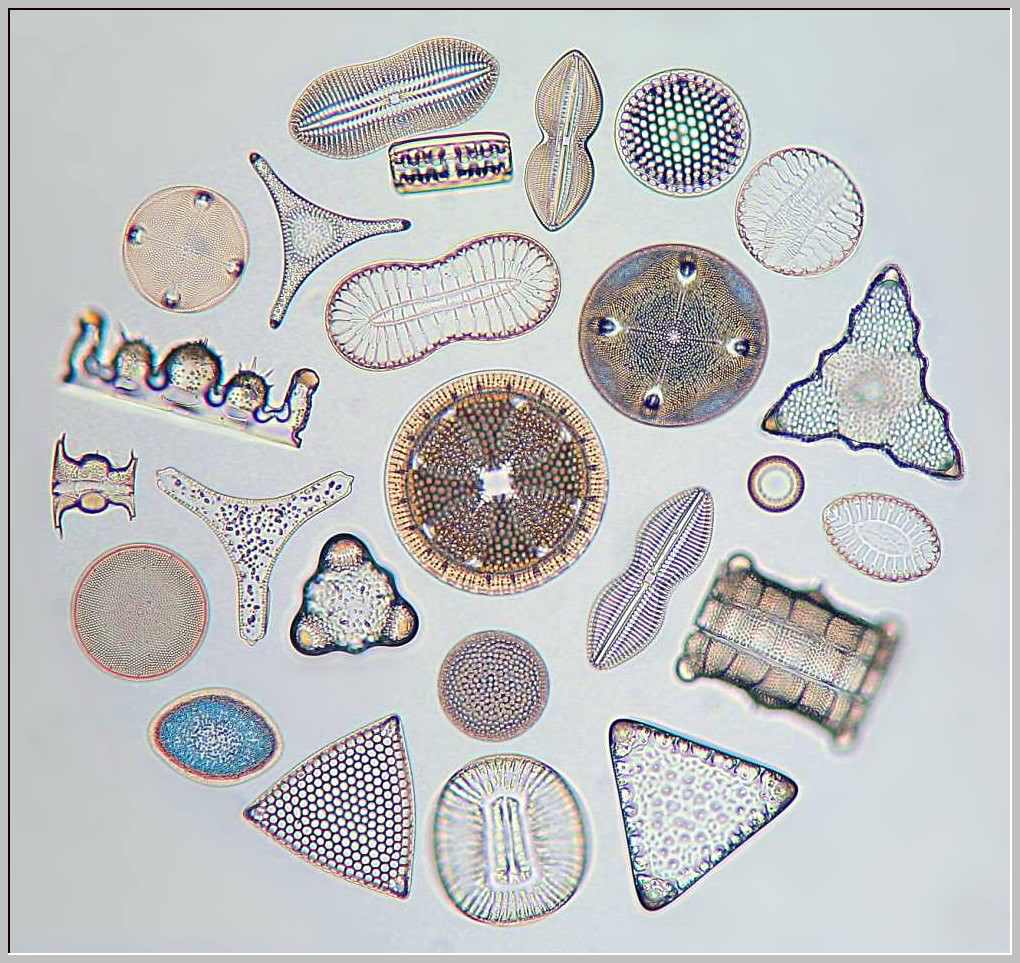 As algae they convert energy from the sun and carbon dioxide into oxygen and you’ll find them anywhere wet. nature review article with long complex words :https://www.nature.com/articles/ncomms8608. Similar to some vegetative things , they reproduce by spores but also by smaller diatoms budding off. Each mini-me version of the diatom is smaller than the one before. Before you ask- we can still see them because when they spore, diatoms of the original size are created and it all starts again.

Historically, they’re great for studying what’s going on in the environment because if it’s really cold, not so many grow. If it’s hot they bloom and they’ve been around for millions and millions of years with remnants of them deriving right from the time of the dinosaurs.

As they die, their shells fall to the ocean floor (rather brilliantly their fossilised remains are called diatomites) where they wait for a scientist to come along and analyse them. In this form- they don’t look impressive at all. 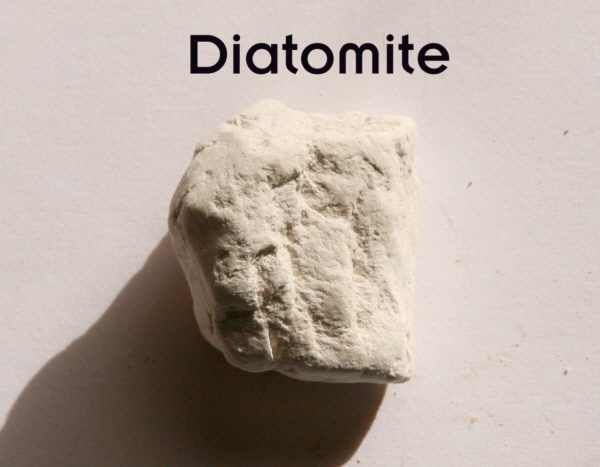 So- with a bit of deduction when looking at their fossils and you can figure what was going on with the climate once upon a time and where. The paper cited above goes into geeky depth about the potential importance of this.

Made from silica (SiO2 for you chemists- all of you basically), makes them exceptionally tough. So as with the best inventions man copies from nature. Diatom like nanostructures have been made in the lab by something called DNA origami.

Now in my head I’m thinking Rosalind Franklin would be sitting up in her grave right now thinking how awesome that would be. Little cranes made from a double helix?

Apparently our wonderful little diatoms attract silica from their watery environs that deposits on their surface and makes crystal- like structures.

So, when mimicking nature, the idea is to create a diatom-like structure which will coat over an internal frame.

Next question- how do you create a frame at a nano- scale level, so small even a bacterium is like a large obese cousin? (0.002mm-0.5 mm). Theres a nice overview to be found here: DNA origami

Science bit: how do you create a shape in DNA? The DNA if you recall from a long time ago when you did science at school, is a line of little genetic codes. Imagine this length of code as a long piece of string. Now, you want to make it into the shape of a flower. You’d have to twist it but you want it to stay in that shape. Where the string touches other bits of string in your flower shape you clip it.

So in reality, as your DNA naturally begins to curl and twist you can stick thousands of little clips ( staples to the scientists) that causes the DNA to stick together in those places. Nature paper that has a nice little infographic about DNA origami

Then comes part 2. This is because all DNA molecules , like Batman and Robin come in pairs. So if you have one set sequence of DNA molecules( nucleotides to the science folk), put them into a test tube then – free random nucleotide molecules floating around in the test tube will find their partners and pair up.

Once you have your tiny tiny shape/ frame- you allow silica molecules to bind to it. 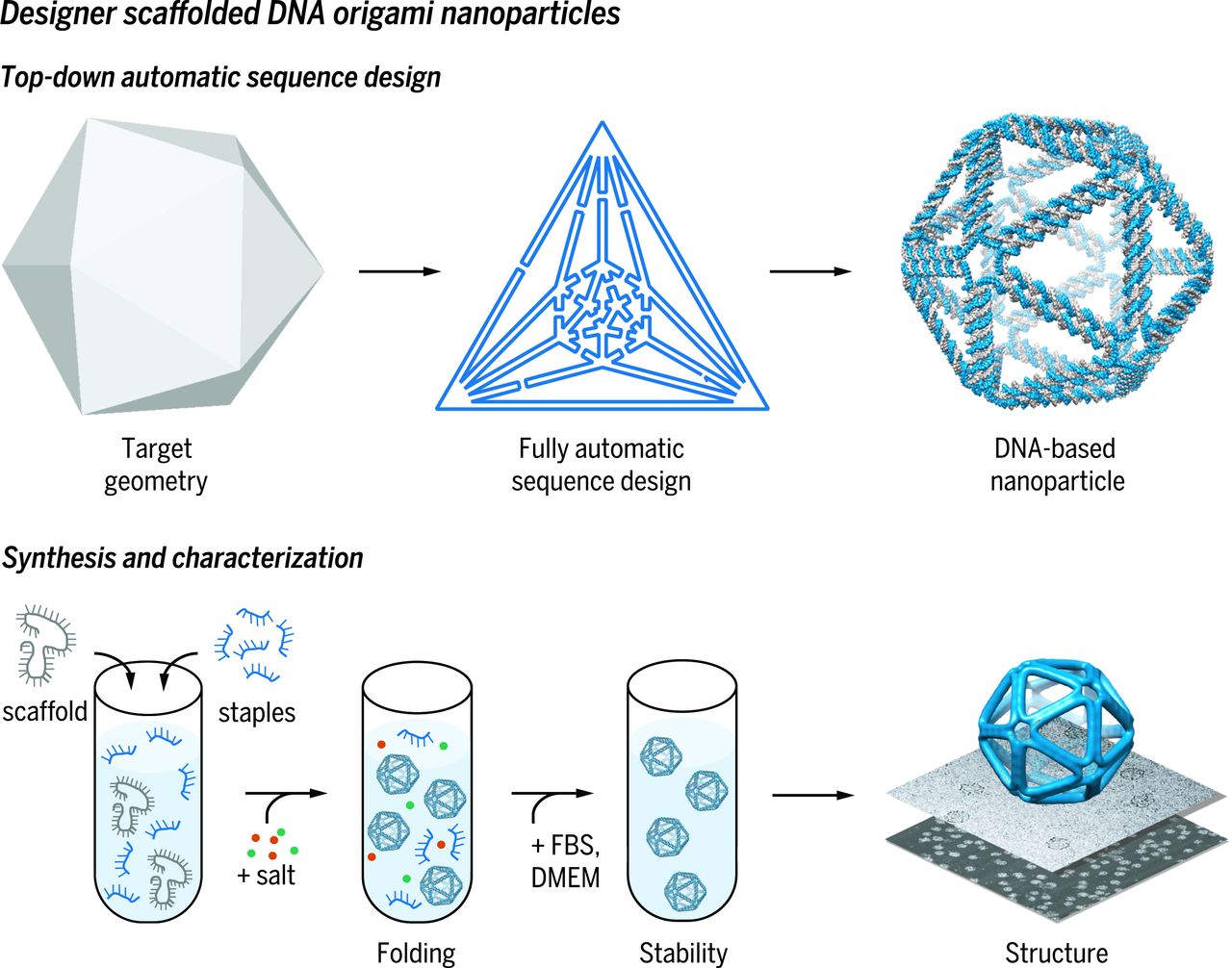 Unsure of precisely why this was designed or how this can be used – perhaps in drug delivery or simply good investigative science exploring realms of possibility- diatoms  real and designed have been a little gem of discovery for me this week.

Your task is to slip one of these tiny microscopic structures into your conversation and enlighten those other people who didn’t know.

This site uses Akismet to reduce spam. Learn how your comment data is processed.